Some residents of Scott Township are a tenacious bunch, fortunately! In the early ’60s many residents developed a vision of their community:  Scott needed a library. Almost 35 years later, they got one! (One wonders if that is some kind of record?)

A basic plan was drafted early on in the process.  Click on the following links to see the hand written plan.  (And no – it is not on a cocktail napkin!)

Below is a photograph which ran  in The Pittsburgh Press on January 23, 1965.  Common Pleas Judge John G. Brosky is presenting a charter to incorporators of the Scott Township Library, Inc., which planed to solicit contributions for a public library in the community. Gerd Leston, W. T. Haddad, Ralph J. Oster Jr., John L. Spiegel, and Saul Zisman were present.

Their Program Goals included 6 phases from ish_Review_Pgm_Goals_PG1.gif”>selection of an Advisory Board to Construction and Furnishing of Library.

An updated “Questions and Answers about the Scott Township Library” documented was generated:

By May 1998 people were starting “Dear Neighbor” campaigns to get more support.

Another Fact Sheet was created:

Then in August 1999 it was determined that the Library Referendum would be on the Ballot come Nov. 3, 1999.

To stay with in the law the legal notice of the ordinance was published in the local paper.

And the real push to get the vote out started.

The unofficial result came in:

Scott Township Public Library finally opened its doors to patrons on March 26, 2001. This article was in the Signal Item on April 4, 2001.

Nothing is official until there is a party! That was on Saturday, May 5, 2001. It was a lovely day in Chartiers Valley for so many reason, but mostly because we finally got the library that so many had a vision of years before. The brochure of the day’s events:

There are so many people to thank for making this library a reality. Many are mentioned in the documents above however, many are not. One thing is for sure, it takes a community to make and keep a library. To the members of this dedicated community – THANK YOU! 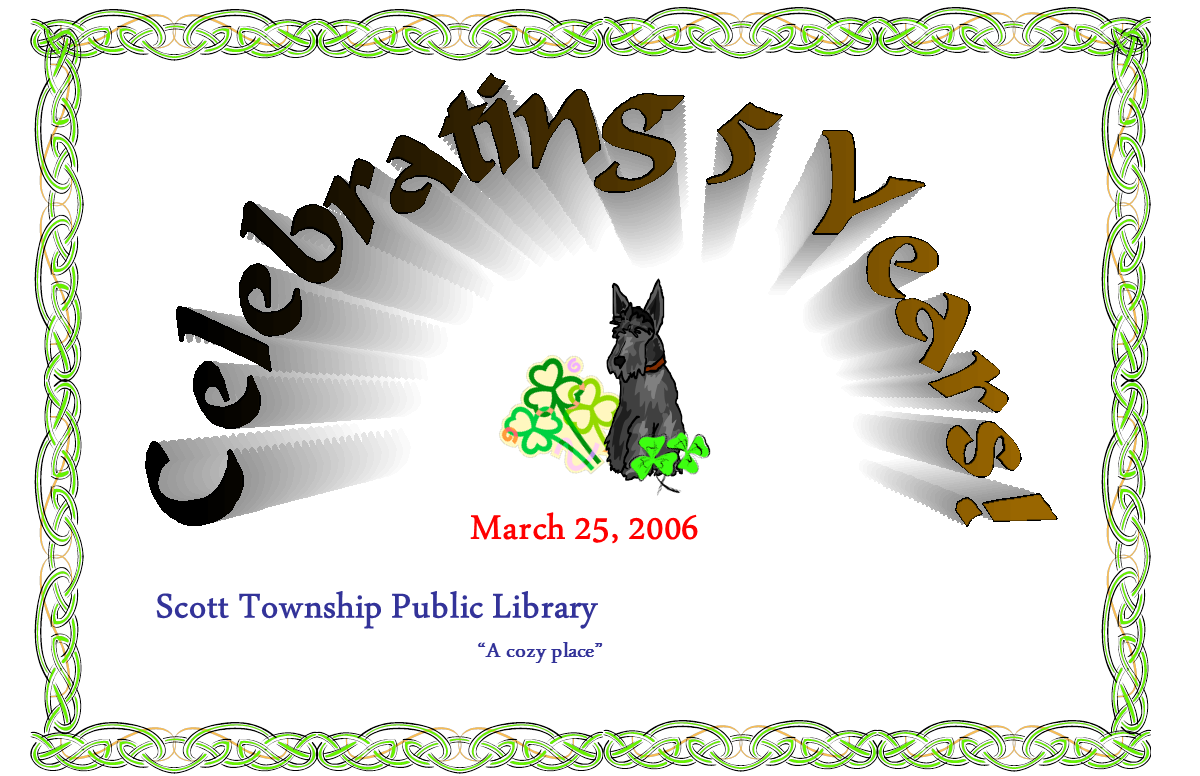 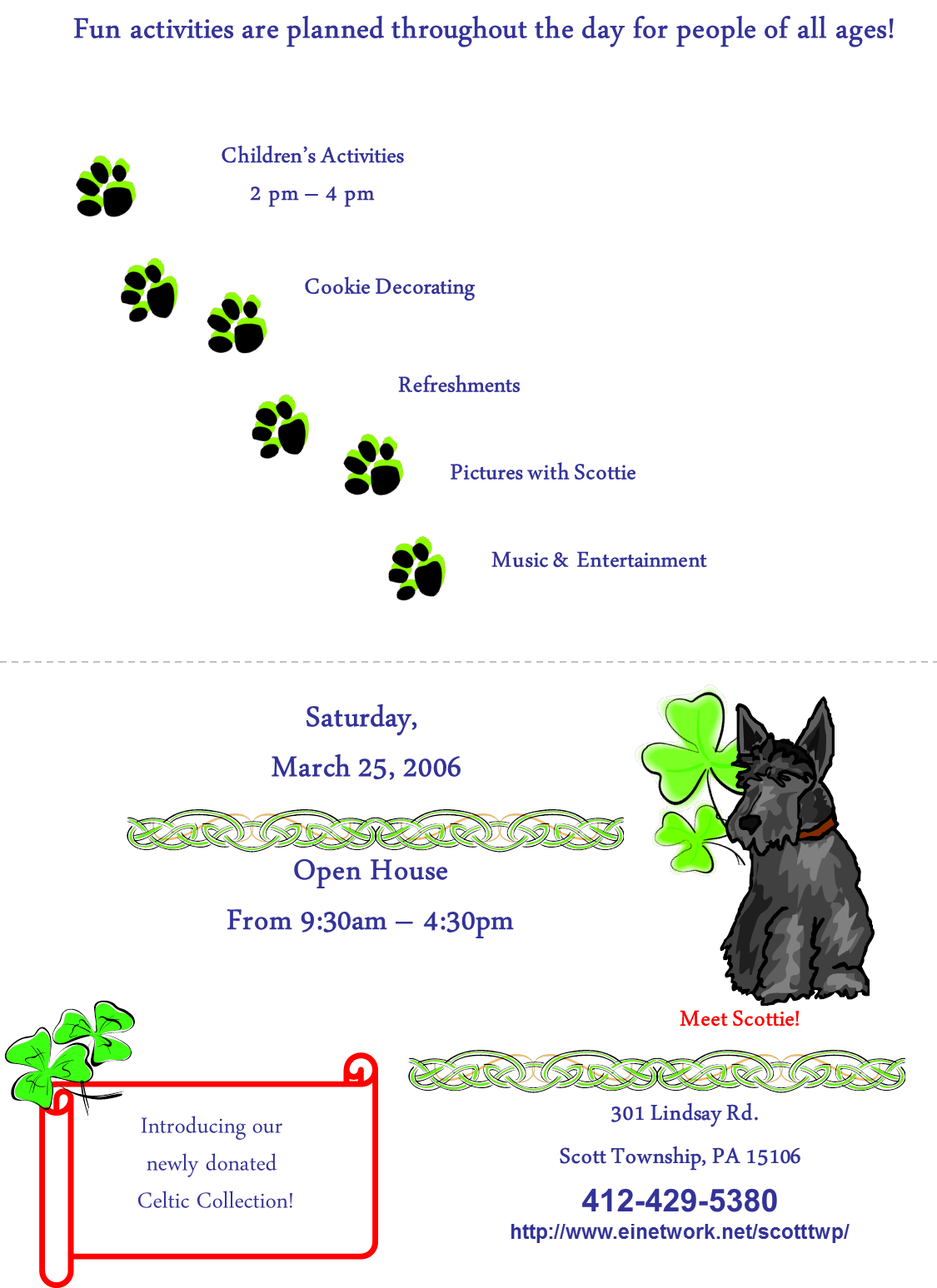